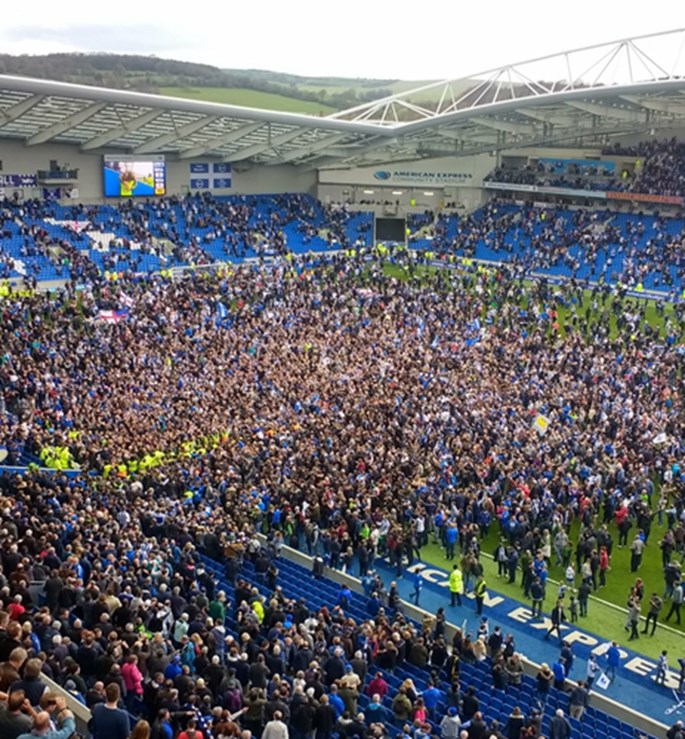 Brighton and Hove Albion Football Club have overcome all odds to get promoted into the English Premier League, joining world renowned teams including Manchester United, Liverpool and Chelsea.  The last time Brighton were in the top division was 34 years ago!

Star player Anthony Knockaert from France has recently won the title of Championship Player of the Year and his excellent command of English has helped him win the hearts of fans and team-mates alike. His competence and eloquence in radio and post match interviews has helped him develop strong bonds with the Brighton fans.  His excellent performances have helped secure Brighton’s place in the Premiership.

Knockaert's father died earlier in the season and Brighton players went to France for the funeral to support their team-mate. Giving interviews in a foreign language is not easy and speakers need resilience, and the ability to cope under stressful situations. Such skills are taught on Regent courses, alongside rapport, voice quality, posture and eye contact.  You can listen to Knockaert speak to BBC Radio Sussex by clicking here. Interview starts at 20.17 and is available until 31/04/17.

You can find out more about studying with Regent Brighon by clicking here. And if you want to come and see Brighton play in the Premier League the season starts in August!  As we say in Brighton: "Up the Albion!"